About Stars and Stripes

Stars and Stripes provides independent news and information to the U.S. military community, including active-duty servicemembers, DoD civilians, veterans, contractors, and their families. Unique among Department of Defense authorized news outlets, Stars and Stripes is governed by the principles of the First Amendment. *

Stars and Stripes has published a newspaper continuously since World War II. Our unique military coverage first became available online in 1999. Today, Stars and Stripes operates as a multimedia news organization. We publish the Stars and Stripes print newspaper edition Monday through Thursday and a special Weekend Edition on Friday. In addition, we publish several weekly and monthly publications and numerous special supplements. On any given day, readers and visitors number about 1.4 million.

"Stars and Stripes is editorially independent of interference from outside its own editorial chain-of-command."

Stars and Stripes maintains news bureaus around the world including Europe, Pacific, and the Middle East to provide first-hand reporting on events. In addition to news and sports, Stars and Stripes news products contain all the elements of an American "news organization."

The newspapers for deployed personnel are provided at no charge to servicemembers serving in harm’s way. In Europe and Pacific, the newspaper is sold on base in coin boxes and at military exchanges. Home delivery to subscribers is available in Belgium, Germany, Italy, Japan, and South Korea. Stars and Stripes also produces a weekly U.S. edition distributed to more than 18 locations inside the continental United States.

Other publications include special supplements focused on topics of interest to the military community such as education, transition, and retirement planning. In Europe and the Pacific, Stars and Stripes produces a variety of products (print and digital) to help readers explore and enjoy their local communities by providing guides on culture, travel and other leisure activities. View our 2021 Supplement Calendar to see a list of all special publications.

In addition to its print publications, Stars and Stripes delivers breaking news 24 hours a day through its premier Stripes.com website and on mobile applications for iOS and Android.

Distributed more than 7.0 million editions of our US Weekly edition

Printed and distributed over 4.2 million special publications in the US and overseas

Delivered over half a million Digital Editions, averaging about 1,500 per day

Delivered over 1.8 million page views on our Europe and Pacific community websites

* Stars and Stripes is a service of the Defense Media Activity (DMA); the views and opinions expressed do not reflect the views of the Department of Defense, the military services or DMA. The Pentagon funding that makes up roughly half of Stars and Stripes’ annual budget is primarily used to print and distribute the newspaper to troops scattered across the globe, including in warzones. The remainder of the newspaper’s funding comes from advertising and subscriptions. Stars and Stripes is editorially independent of interference from outside its own editorial chain-of-command. It provides commercially available U.S. and world news and objective staff-produced stories relevant to the military community in a balanced, fair, and accurate manner. By keeping its audience informed, Stars and Stripes enhances military readiness and better enables U.S. military personnel and their families stationed overseas to exercise their responsibilities of citizenship

The first paper named Stars and Stripes was produced by Union soldiers during the Civil War, in 1861. Using the facilities of a captured newspaper plant in Bloomfield, Mo., they ran off a one-page paper. That paper appeared only four times.

Stars and Stripes was revived in World War I. The first edition appeared February 8, 1918, in Paris. The weekly was produced by an all-military staff to serve the doughboys of the American Expeditionary Force under General of the Armies John J. "Black Jack" Pershing.

Some of its staff later became famous journalists, including Pvt. Harold Ross, who founded The New Yorker magazine, and Lt. Grantland Rice, who became the nation's first celebrated sports writer.

The newspaper ceased printing after the war ended, when no one could imagine another conflict of that magnitude.

But barely two decades later Europe was embroiled in a second world war and on April 18, 1942, Stars and Stripes had its second renaissance. A small group of servicemen started up a four-page weekly paper in a London print shop. Working in very tight quarters, the enterprising group quickly established an audience.

Each copy sold for just tuppence (two English pence or about 5 cents), and in no time the paper was running eight pages and printing daily instead of weekly.

“…Stars and Stripes has admirably supported the concept that in a free society men have the right to be kept informed - adequately and impartially.”
— President John F. Kennedy, 1962

Operations rapidly expanded, following GIs to the battlefront to bring them the news. During World War II, Stars and Stripes published as many as 32 separate editions, with page counts running as high as 24 pages per issue. At one time, there were as many as 25 publishing locations in Europe, North Africa, the Middle East and the Pacific.

The Pacific edition was launched a week after VE day (Victory in Europe, May 8, 1945) and became the forerunner of the Pacific Stars and Stripes.

Championed by the U.S. Military

"We have his (Pershing's) authority for the statement that no official control was ever exercised over the matter which went into Stars and Stripes," Marshall said.

It always was entirely for and by the soldier. This policy is to govern the conduct of the new publication. Putting out the newspaper in the midst of bombs and battles was no small feat and staffers were always on the move, setting up shop as close to the front as possible. The product of their efforts was in demand and circulation eventually reached over 1.2 million.

Stars and Stripes also found a special champion and protector in Gen. Dwight D. Eisenhower, Supreme Allied Commander. Eisenhower enforced a hands-off policy in regard to Stars and Stripes, routinely defending the paper against whatever complaints and protest ensued. 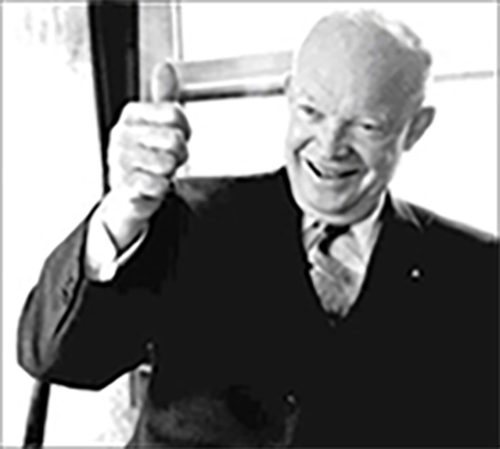 Free press and free speech. These are two great principles we are fighting to preserve. They are among the basic rights of mankind.” —Supreme Allied Commander Dwight D. Eisenhower, 1945

World War II ended, but the command wasn't ready to dismantle the newspaper.

In the end, Stars and Stripes was instructed to continue publishing as long as U.S. troops remained abroad.

Many changes have occurred since 1942—but the mission of providing independent news and information to the military community continues to be the primary purpose.

As wartime military staff began returning to the States, the newspaper began replacing them with a full-time civilian staff of professional journalists and newspaper business people, augmented by a small contingent of military journalists and managers.

Stripes reporters and photographers joined American troops in the field throughout the Korean and Vietnam conflicts. During the 1990s (Operation Desert Shield, Operation Desert Storm and Operation Provide Comfort), Stripes’ dedicated staff of journalists and business specialists showed their camaraderie and support. The paper established a Middle East bureau for reporting on the war, and circulation of Stars and Stripes nearly doubled within weeks.

When American troops deployed to Bosnia in 1995, Stars and Stripes was there to greet them. While delivering 12,000 papers to Bosnia, Stars and Stripes covered the civilians, servicemembers, families, and communities supporting deployed personnel as well as actions in the Bosnian region.

From the very outset of the war in Afghanistan (Operation Enduring Freedom), Stripes reporters were there to report first-hand. Initially printed in Europe and shipped in, by November 2004 print operations were set up in Kabul so Stripes could assure that forces received their newspapers more quickly and reliably.

During the war in Iraq (Operation Iraqi Freedom), Stripes reporters embedded with military units, as well as on Navy ships in the region. Staffers today report from Afghanistan and other Gulf nations. Today about 12,000 newspapers are delivered daily to forces deployed downrange, seven days a week.

In May 2004 Stars and Stripes began offering its newspaper in a digital edition, available at stripes.com to anyone in the world with access to the Internet. Today all editions are available as PDF downloads.

Stripes.com also provides a broad range of local information to the overseas military community, including travel and entertainment listings.

On any given day, the total average daily audience for Stars and Stripes news and information can exceed 1.4 million.

With the advent of digital channels for distributing news and information, Stars and Stripes has found an ever widening audience. Although most of its online readers are in the United States, for most of its history, Stars and Stripes functioned as the “hometown newspaper” for servicemembers, government civilians and their families stationed overseas. Today it continues to produce an overseas newspaper that offers the same type of national and international news, sports and opinion columns — and event comics — typically found in U.S. newspapers.

Stripes provides news and information of interest and value about issues in servicemembers’ host countries, local communities and commands. Content includes stories filed by Stripes reporters and other respected sources such as the Associated Press, McClatchy, Scripps Howard, and the Washington Post.

Stars and Stripes today has one of the widest distribution ranges of any newspaper in the world; it covers many countries where there are U.S. bases, posts, servicemembers, ships, or embassies. In addition to its own print operation in Tokyo, newspaper pages are sent to 12 remote printing locations, including two in Europe (Germany and Italy). In Afghanistan, we print in Kabul and distribute newspapers daily to Kabul, Kandahar, Bagram and other bases. We also print in Bahrain, Kuwait, Qatar, UAE, Djibouti, and most recently in Iraq and Jordan to serve deployed forces. In the Pacific, Stars and Stripes is printed in Japan and South Korea.

Stars and Stripes holds its staff to high quality standards for its journalism. As a result, staffers routinely garner recognition for excellence.

Reporting news around the world

Stars and Stripes maintains three bureaus: Europe (Kaiserslautern, Germany), Pacific (Tokyo, Japan), and stateside in Washington, D.C. Each office has its own reporters and editors, as well as business and support staff.

At the beginning of Operation Iraqi Freedom in 2003, Stars and Stripes began publishing a Mideast edition. Today about 12,000 copies per day are distributed in Afghanistan, Kuwait and other Gulf nations. In addition to American forces, the audience includes Department of Defense civilians, contractors and in some cases NATO troops. Research indicates that a copy of Stars and Stripes distributed downrange may be read by as many as seven different people.

Earn extra $$$ delivering for Stars and Stripes!
Adult and teen routes are available in all areas.  Contact us for details on paper routes in your area and/or to sign up.

To apply:
Official announcements for vacancies are available on the USAJOBS Website.