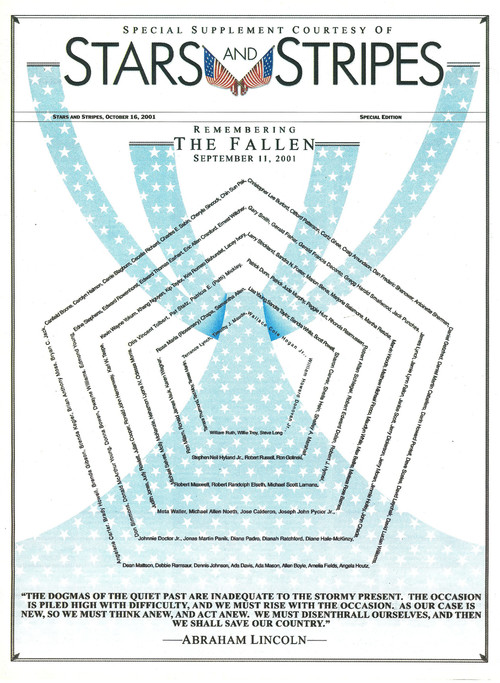 On September 11, 2001, thousands of Americans lost their lives in a series of terrorist attacks upon the United States. Stars and Stripes published these pages on Tuesday, October 16, 2001, as a remembrance of just a few of the men and women who perished at the Pentagon on that fateful morning.